360NG Presents Durella – On My Mind for downloads

Durella, King of the Zanga releases his latest hits which he titled “On My Mind“.

Add Durella – On My Mind to Your Playlist below: 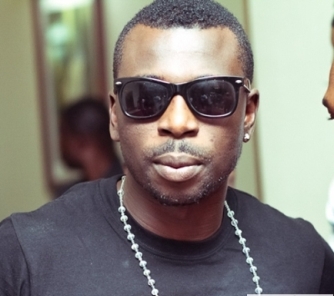 Oluwadamilare Okulaja, also known as Durella (King of the Zanga), is a Nigerian recording artist, performer, songwriter and businessman. He is known for his singles, “Enu Ose”, “Shayo”, “Wizkolo Wiska”, “Club Rock” and “GaGa” featuring Wizkid. He appeared on songs with stars such as Dbanj, Femi Kuti, Duncan Mighty, Terry G, Olamide, and Dammy Krane, and performed live with Wyclef Jean in South Africa. In 2008 Durella was awarded “MTV Base Advance Warning Artist” of the year. He is the first Nigerian artist to own a shoe line: Durella Sneakers, named after his popular slogan “2Gbaski”. Durella issued his debut album King Of The Zanga under TC- Record Label. His second album was Reconfigurated.

Durella, real name Oluwadamilare, (meaning: The Lord has rewarded me) was born in Zaria, Kaduna State. He grew up in Mushin and Ajegunle, and studied insurance before dropping out of school due to financial challenges.

He ascribed his moniker “Durella” by saying “the street” gave it to him. Originally his nickname was Durel, but this was later changed to Durella. While he was known as Durel, he was an R&B artist and released a single titled “Why”.

In February 2006, at a chance meeting in the town of Ibadan, Durella met executives from TcRecords while performing at a fashion show. He signed a deal a week later.

On his interview by CompassOnline news, he added that his other appellation is reflective of his roots. “The kind of music I play now is the music for the streets and I have termed it commercial universal street music, (if there is anything like that).”